Benchmarks (How Good Is It?)¶

In this section we evaluate the usefulness of different clustering algorithms. We consider the Benchmark Suite for Clustering Algorithms — Version 1 [G+20] which aggregates datasets from various sources, including, but not limited to [DG19, FMIZ16, FS18, GP10, KHK99, Ult05]. Ground-truth/reference label vectors are provided alongside each dataset. They define the desired number of clusters. Hence, we only study the algorithms that allow for setting of n_clusters explicitly.

The adjusted Rand index (see [HA85]) will be used to quantify the agreement between a reference and a predicted clustering on the scale [0,1], with score of 1.0 denoting perfect agreement. However, as there might be multiple equally valid/plausible/useful partitions (see also [DN09] and [G+20] for discussion), the outputs generated by a single algorithm is evaluated against all the available reference labellings and the maximal similarity score is reported.

For more detailed results based on other partition similarity scores, see the Appendix.

As some of the algorithms tested here have failed to generate a solution within reasonable time limits (e.g., spectral clustering), in this part we restrict ourselves to the datasets with up to 10,000 observations. As suggested in the benchmark suite’s description, we omit the over-populous “parametric” Gaussian-distributed batteries h2mg and g2mg. 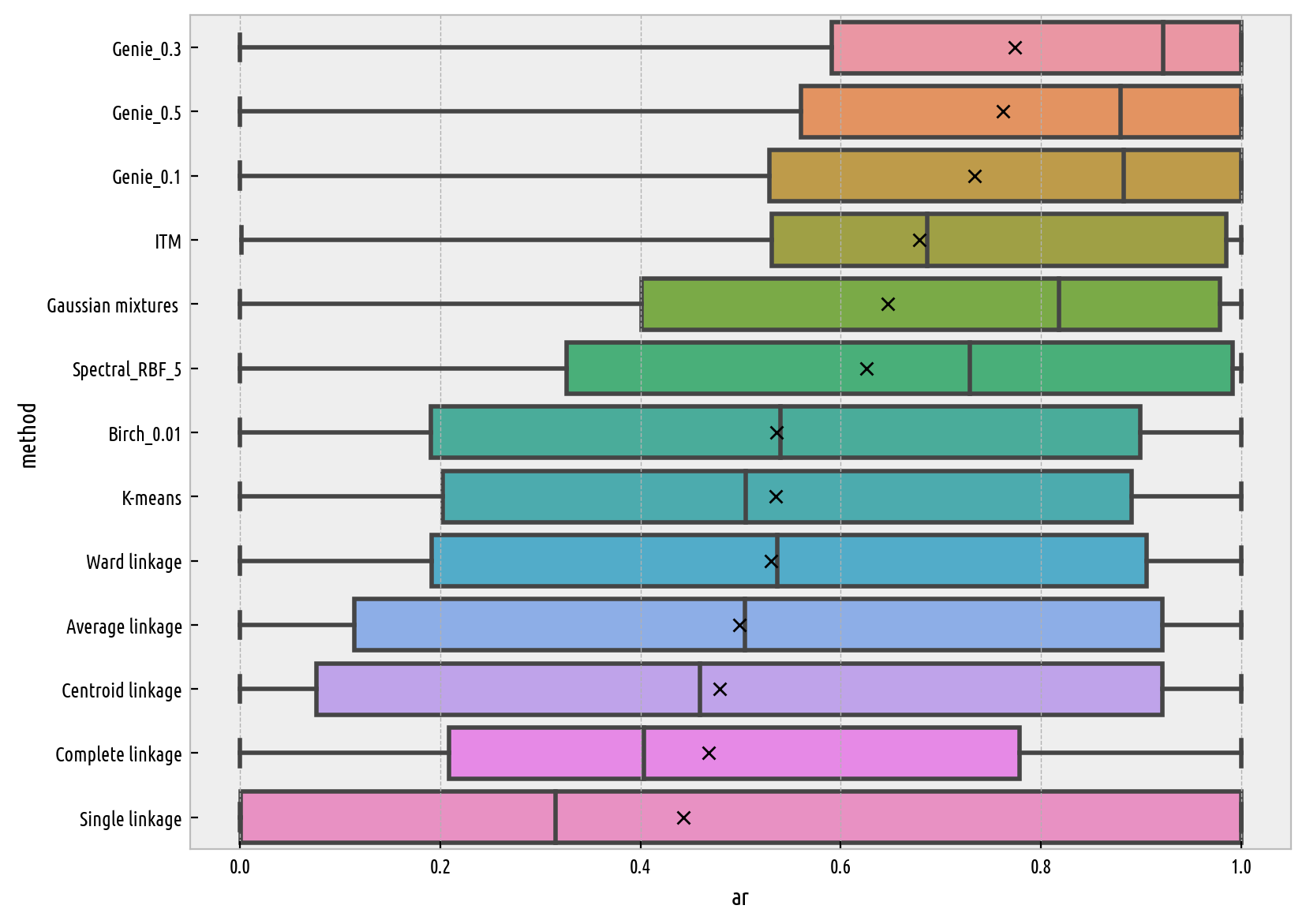 Distribution of the AR index for each algorithm (small datasets); best=1.0.¶

The Genie algorithm with gini_threshold of 0.3 gives the highest average and median AR index and, at the same time, is subject to the least variability. The (parametric!) EM algorithm fitting mixtures of Gaussians and the (perhaps lesser-known) information-theoretic ITM [MNL12] method (which is also based on a minimum spanning tree) tend to output good quality outcomes as well.

Descriptive statistics for the ranks (for each dataset, each algorithm that gets the highest AR index rounded to 2 decimal digits, gets a rank of 1); lower ranks are better: 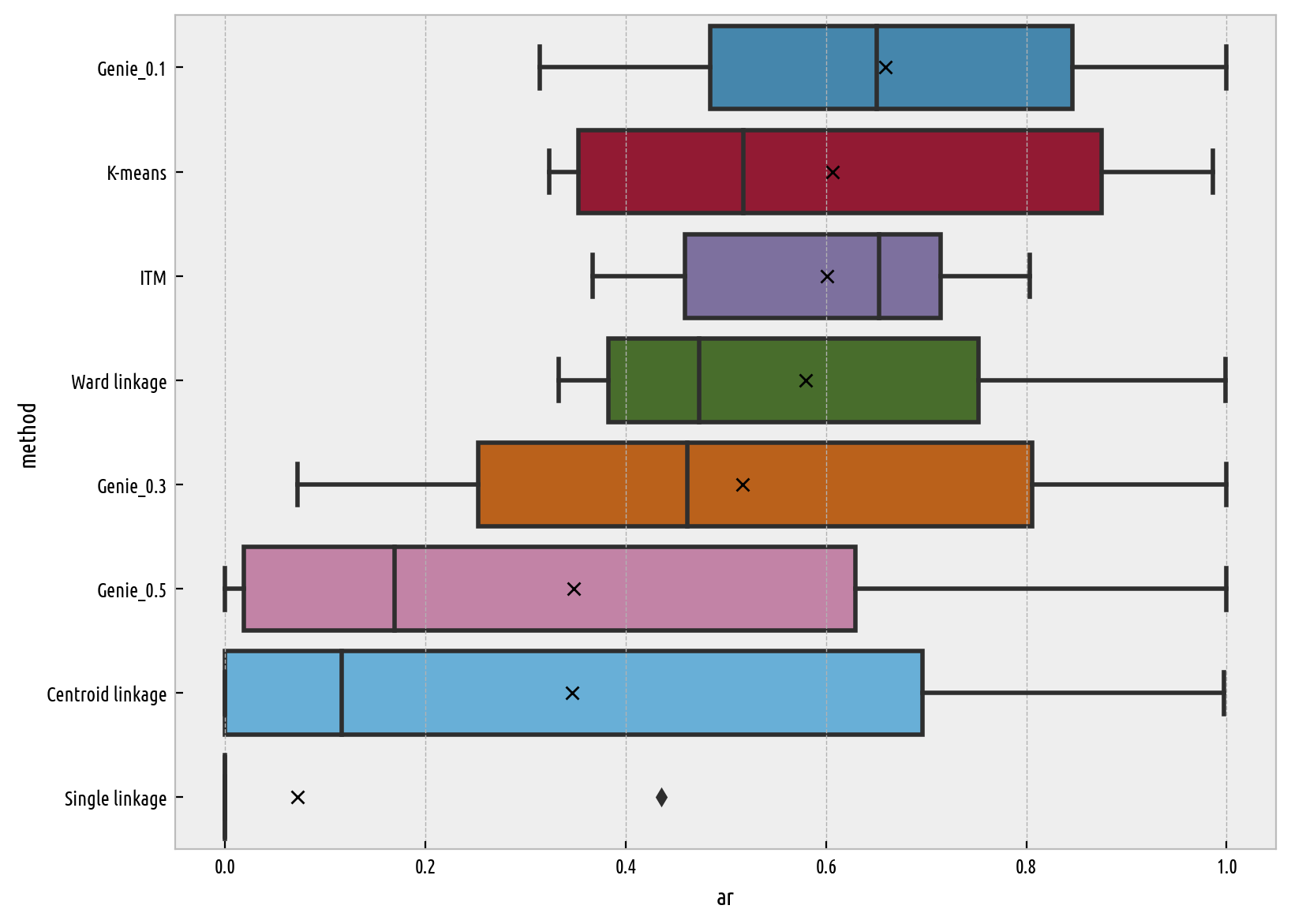 Distribution of the AR index for each algorithm (large datasets); best=1.0.¶

This time, the ITM method and Genie with gini_threshold of 0.1 give the highest typical scores.

Overall, the Genie algorithm tends to outperform other algorithms considered in this study, at least on this rich benchmark battery. In [GBC16], based on a much smaller sample of reference datasets, we have recommended gini_threshold of 0.3, which is set as the default also in the genieclust package. However, sometimes inspecting thresholds equal to 0.1 and 0.5 is worth a try. interestingly, the algorithm is quite stable in the sense that small changes of this parameter should not affect the generated clusterings in a significant way.